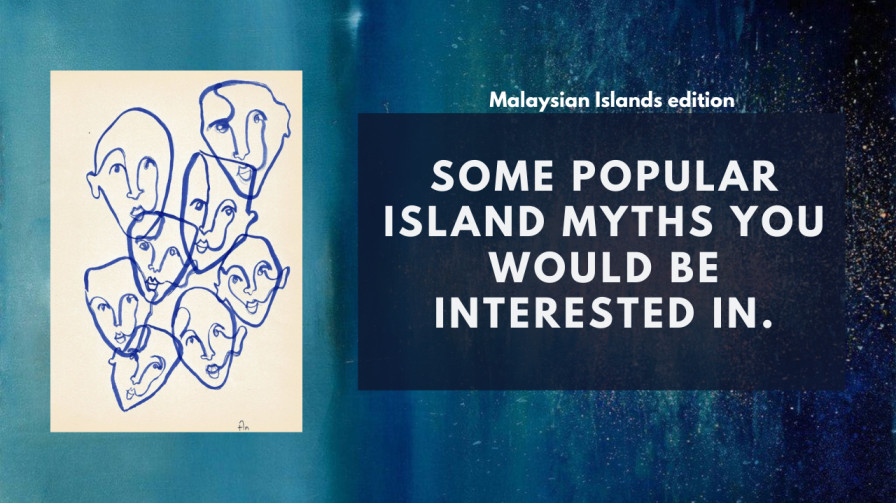 Myths and legends are very personal tales, and believing them, for some, is a hobby to collect. Like antiques and artefacts. For some, it’s amusing. Some others, it’s hilarious. And others, they sincerely take up such tales and legends inside them to understand and process.

However humans process or create them, they just never get old. We’ve a brief list of such popular legends you can look into and think on, and even perhaps, give your own touch to expand!

One of the most popular legends is that of Langkawi Island’s. The legend of Mahsuri’s curse that made the island barren for generations is a well-known story. Once, there was a beautiful woman name Mahsuri, who was so beautiful that she was envied by everyone. When her husband is out to fight in a war, she gives generous shelter to a stranger. It so happens that, people use this chance and accuse her of adultery. Death penalty is given, and despite her pleading her chastity, no one believes her. She is stabbed, and then, white blood flows out of her own, proving her purity. She curses the island to be barren for seven generations. She is believed to have a tomb on the island even today.

The Lake of the Pregnant Maiden

In the same Langkawi Island stands the Lake of the Pregnant Maiden. The name itself may help you guess what the legend may be about – so a celestial maiden had a child with a mortal. But the child unfortunately died. In pain, the maiden buried the child where the lake stands. The lake is believed to be blessed by her, and the waters of the lake are believed to give divine strength and help maidens who bathe there to conceive a child.

In the Perhentian Islands, once, there lived a giant serpent who was called Naga Pulau Berjuang. When another giant serpent threatens this Island, the serpent sets out to battle it to protect the Island. The impact of their battle is believed to have caused a tract in the hill of the Island. Since this huge poisonous snake is legendary and divine, it is believed to be the reason for the absence of poisonous snakes on the Island.

The volcanic mountain and two horn-like structures on the Tioman Island has led to the creation of legends with dragons. One legend says that a dragon princess while crossing the sea was enchanted by the waters that she decided to be there. Another legend says that Island is actually a cursed dragon prince who was prohibited to meet his sister.

Another Malaysian Island story is that of the beautiful and lush flora around Telega Tujuh Waterfalls, Langkawi Island, is believed to be the house of fairies. The water is believed to have healing properties because of that.

There are also some horror stories. Definitely, more if you visit. Redang Island is taken to be a cursed island where people die mysteriously, and people give some recorded instances of French toursists who underwent that. An abandoned resort on Lang Tengah Island has been warned that, there may be ghosts to haunt!

Whether any of these tales are true or not, they give us interesting insights into humans and their understanding of the world. It also gives us a lot of creative space to create and think.

This article is brought to you by Summer Bay Resort.

What other legends do you know of? Let us know in the comments!

(NOTE: The above list is only a compilation of heard and collected legends, and not historically or spiritually researched primary data.)